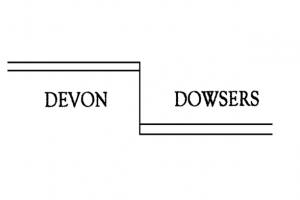 DEVON DOWSERS ANNUAL GENERAL MEETING
This is formal notification that the 27th Annual General Meeting of the Devon Dowsers will take place on Tuesday 26th November 2019 in the Function Room at the Red Lion, East Street, Chulmleigh, EX18 7DD.

The meeting will commence at 7.30pm and will be followed at 8pm by a talk by Alan Murray on Dowsing in Africa with music, and a group discussion.

You are reminded that you are only entitled to vote if you have renewed your subscription before the start of the meeting.

Nominations are invited for all positions on Council.

Please send nominations to the Chairman Gwynn Paulett by e-mail ([email protected]) or write to the Secretary Diana Burton, Beech Tree House, Secmaton Rise, Dawlish, EX7 0LP as soon as possible please.
The Agenda, Reports and Minutes of the AGM held on Tuesday 27th November 2018 will be e-mailed or posted to you at the end of October. Devon Dowsers Council